Dowell Windows is one of Australia's oldest manufacturing companies and has been involved in the fabrication and supply of windows and doors to the Australian residential housing market since 1860!
Our Story

History of an Australian Company

In the cut and thrust of the building industry, as well as in the Australian business world more generally, it’s unusual for a company name and ethos to remain unchanged, but such is the story of Dowell.

Charles Dowell (aged 37), arrives in Melbourne - a boom town, with a whole clan in tow: his wife and six children, as well as a brother and two brothers-in-law (Appold and Bailey), along with their families. Melbourne was bursting. In one year alone the number of buildings doubled. Everything was needed at once: housing and commercial premises; public buildings and infrastructure. 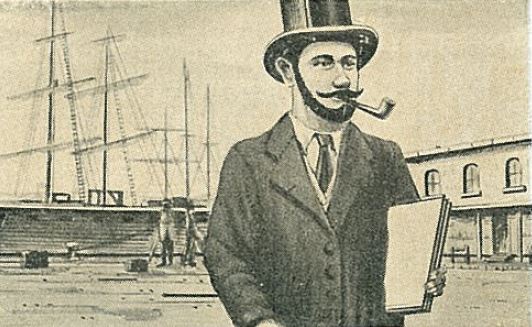 C. Dowell & Sons is founded by Charles Dowell, an architectural wrought iron foundry with his brother Henry – and possibly Bailey – but it was Charles who headed the business that is to become the main trunk of the tree that is Dowell today.

Fitzroy City Press - reports: ‘Mr. C. Dowell owns the blacksmith’s shop at No. 75 Johnston Street, and machinery suited for ornamental iron and copper work, such as verandahs, gates, etc., in fact, all high class work. He has been doing business for over a quarter of a century. Mr. C. Dowell, senior, is over 80 years of age, and is yet active, and may frequently be seen working at his trade – his eldest son at present manages the business, employing some half a dozen hands, at times a great many more. A large quantity of balconettes and grilles being recently constructed for several hospitals, are well known and in such high repute that constant orders are always coming in. Several iron gates and flower stands are ready on sale.’

Charles Dowell dies, leaving Charles II to carry on at the foundry in partnership with a fellow named Langdon. Some of Charles II’s best work was produced during these pre-war years and Charles II proudly claimed he never had a job returned or condemned.

Leslie Roy Dowell starts working in the business. Seventeen years old and doing routine jobs around the place, Roy joins his eldest brother, Charles III, the last in the family to be trained as a blacksmith.

Charles III and Langdon, the partner, leave for war. Leaving Roy to work with his father and gradually take on more responsibilities.

At war’s end Charles III and Langdon both returned and the partnership was spilt, necessitating the sale of factory and plant. Roy and Charles III were given land by their father to build a new factory in the same area, at 2 Scotchmer Street, Fitzroy. 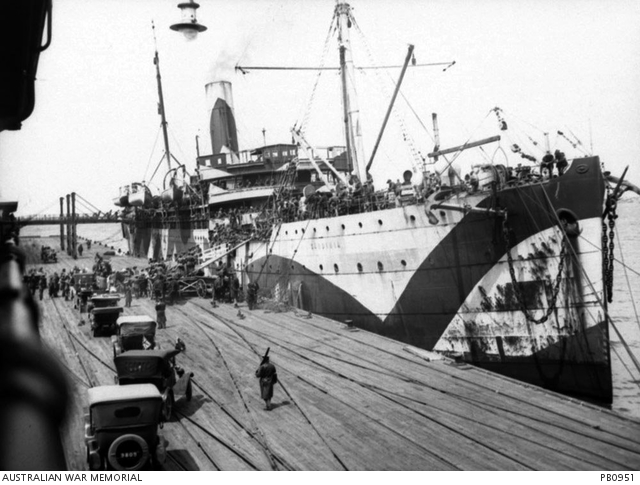 C. Dowell and Sons [registered as a proprietary limited company in 1922] supplied the steel windows to buildings such as Willis & Co. in Little Collins Street, Craig Williamsons in Elizabeth Street and the Postal Store in Spencer Street. The factory was set up for efficiently making these new steel window frames and there was little blacksmithing.

Roy travelled to the USA and England to research fire door products for use in multi-storey buildings. While in the USA, Roy secured licensing deals for a range of products including metal fire doors, elevator doors and metal door frames, as well as several other metal products specifically for hospitals.

The Dowell factory was expanded, perhaps in part to facilitate the filling of a contract to supply windows for the spare parts and administrative buildings at the new headquarters of General Motors-Holden at Fishermans Bend. 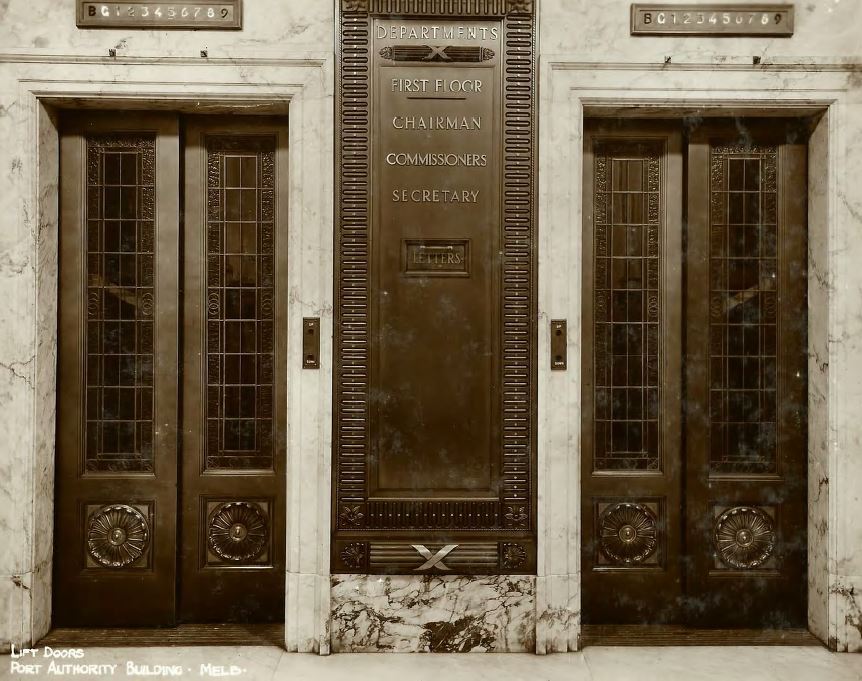 Roy travelled to the USA, returning with a revolutionary design for pressed metal double hung windows.

At the invitation of then the Premier Robert Cosgrove and the Tasmanian government, Dowell’s first new factory was built in Moonah, Tasmania in 1948. The Dowell Industries (Tas) Pty Ltd factory employed sixty workers and produced steel window frames and stainless steel sinks.

Roy Dowell travels back to the USA to negotiate rights to the aluminium designs of the General Bronze Corporation. Headquartered in New York, General Bronze was one of the largest window manufacturers in the world. On his return Roy formed Dowell Aluminium Windows Pty Ltd. He then bought five acres of land in Albert Street, Preston for a new Melbourne factory. 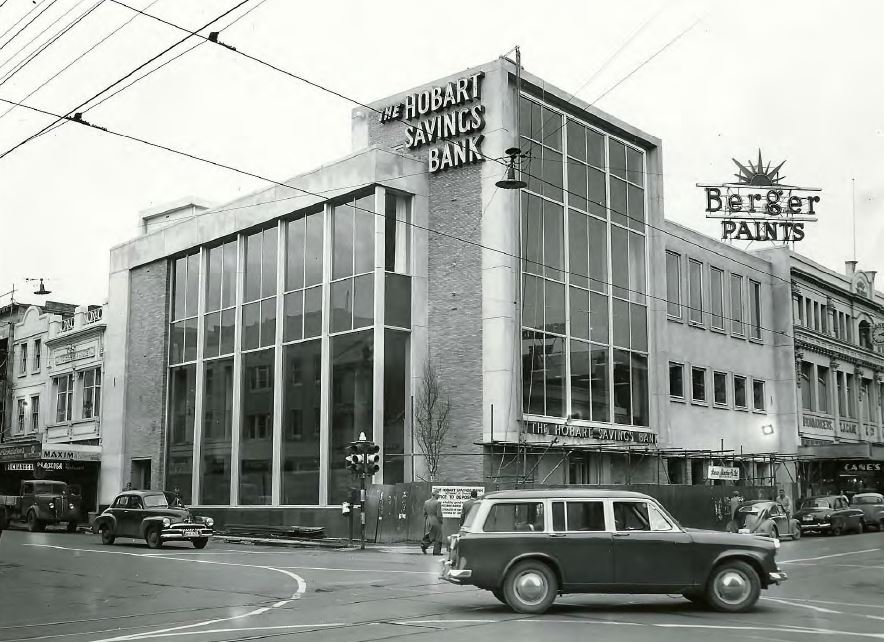 Roy Dowell agreed to a negotiated, joint take-over by Alcoa and Overseas Corporation, a deal ultimately worth around $1.75 million. John Dowell resigns six months later, ending over a hundred years of family leadership.

New factory in Queanbeyan for the fabrication of aluminium door and window frames, and fly screens is built.

Dowell continued to thrive. The business was simplified in that pressed metal products were no longer produced. Profits hit all-time highs and design innovation continued in both the commercial and residential sides of the business.

Dowell celebrate their 128th birthday, with the news they had won an Australian Design Award for its XD-3 sliding aluminium window. Several years of research and field testing had gone into the product.
Alcoa divest itself of the window business and Dowell Australia Ltd passes into the hands of Boral, which had an existing interest in the sector.

Dowell is awarded the Housing Industries Association GreenSmart product of the year award for its ground breaking ThermaLine range.

Dowell is acquired by Chaberol Pty Ltd, a Queensland based, family-owned investment company and Dowell Windows Pty Ltd operates as a standalone company.

The first Charles Dowell, standing as a newcomer all those years ago in the gold rush streets of Melbourne, could never have imagined that products bearing his name would, for generations, be part of the daily lives of so many Australians, in their offices, factories and homes. His eagerness for the new, was to be the story of Dowell. New designs, new products, new materials, new manufacturing processes, even new ways of doing business – whatever the circumstances of the times, innovation has always been embraced at Dowell. Throughout our history a certain kind of business and engineering intelligence has prevailed, one which holds that quality should underpin everything, at every level. From the nineteenth century to the twenty-first, these are the values which have kept Dowell vibrant and alive. As history plainly shows, the oldest window manufacturer in Australia has always been modern.